By Alfred Lambremont Webre – futurist and author of 'Exopolitics: Politics, Government and Law in the Universe' (available at https://www.UniverseBooks.com), a book that founded the field of Exopolitics – the science of relations among intelligent civilizations in the multi-verse. Readers can contact Alfred at exopolitics@exopolitics.com.

This article is part of a multi-part series on quantum access technologies, their application to the events of September 11, 2001, and the consequent implications for our society will be continued in Part II. 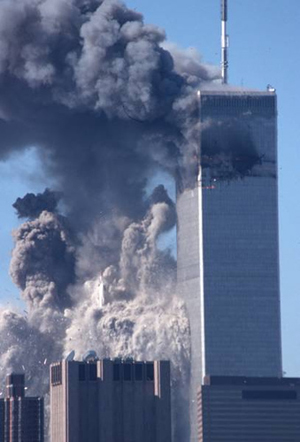 Since then, a key whistle blower, Andrew D. Basiago, has emerged with evidence that secret U.S. time travel technologies were used as early as 1971 to acquire first-hand documentary knowledge about September 11, 2001 – fully three decades before the horrific events of that fateful day.

Mr. Basiago, a child participant in DARPA’s time travel program, Project Pegasus, has publicly stated how in 1971 he viewed moving images of the attack on the Twin Towers on September 11, 2001 that had been obtained from the future and brought back to the early 1970’s.

DARPA is the chief research and development arm of the US military, the Defense Advanced Research Projects Agency. DARPA created the precursor to the Internet, “Arpanet,” and has a penchant for trumpeting its advances, such as putting surveillance cameras on the backs of bumblebees and other exotic achievements in military science.

Mr. Basiago claims that DARPA’s secret technical accomplishments go far beyond what it has publicly acknowledged and that by 1970 DARPA had achieved teleportation-based time travel as well as advanced electro-optical means of discerning past and future events via different technologies that provide quantum access.

Mr. Basiago has described how while serving in Project Pegasus, he viewed moving images of 9/11 at the secured U.S. defense-technical facility where they were processed after being retrieved from the future, the Aerojet Corporation facility that once stood at the corner of Bullock Avenue and Leroy Place in Socorro, New Mexico.

According to Mr. Basiago’s whistleblower testimony, Donald H. Rumsfeld, the sitting U.S. Secretary of Defense on September 11, 2001, was the defense attaché to Project Pegasus during the early 1970’s, when Mr. Rumsfeld was officially serving as a counselor to President Nixon and member of his Board of Wage and Price Stabilization.

In all likelihood, Mr. Rumsfeld, as the defense attaché to Project Pegasus, would have known about and possibly had control over the data about 9/11 derived via “quantum access” and brought back to the early 1970’s for analysis by the DARPA research and development program under his administrative authority.

Mr. Basiago’s eyewitness account that Secretary Rumsfeld and others knew about 9/11 decades in advance because data about it was gathered via DARPA’s secret time travel program unlocks several of the more enigmatic facts in the 9/11 literature and may be the key to society’s unraveling of the ultimate accountability for the false flag operation that took place on September 11, 2001. 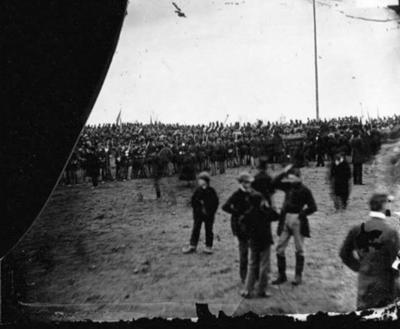 Fig. 1-ProjectPegasus.net: Photo of Andrew D. Basiago on Nov. 19, 1863 at Gettysburg Address
This article introduces Examiner.com readers to quantum access evidence in the form of a time travel artifact that resulted from Andrew D. Basiago’s childhood participation in DARPA’s secret time travel program in the early 1970’s. The ALTA reports and Web Bot technology have identified Mr. Basiago, an emerging figure in the disclosure movement, as a “planetary whistleblower” based on the global significance of his revelations. Exploring this time travel artifact will help establish a frame of reference for Examiner.com readers to better evaluate evidence gathered by quantum access technology and time travel participants like Mr. Basiago.

Corroborative documentary evidence of the veracity of Mr. Basiago’s time travel expeditions on behalf of the U.S. government exists. This documentary evidence consists of a photograph of Mr. Basiago taken at the scene of U.S. President Abraham Lincoln’s Gettysburg Address on November 19, 1863 after he was teleported to that location in the time-space continuum via DARPA time travel technology.

Figure 1 is the photograph of Andrew D. Basiago as a Project Pegasus time travel participant taken at the site of U.S. President Abraham Lincoln’s Gettysburg Address on November 19, 1863, to which Mr. Basiago had been teleported back in time by DARPA.

Mr. Basiago has publicly answered questions about this corroborating photographic evidence of his time travel experiences in the secret U.S. government program in which time travel was achieved.

Andrew D. Basiago: Yes. I am the boy standing in the foreground of the image at center-left, looking to his right. My shoes were lost in the transit through the quantum plenum that took me from the plasma confinement chamber at the time lab in East Hanover, NJ in 1972 to Gettysburg, PA on the day that Abraham Lincoln gave his famous address there in 1863. When I walked into downtown Gettysburg, where the shops were, after walking into town along the north-south arterial that led into Gettysburg, a cobbler by the name of John Lawrence Burns accosted me and took me inside a millinery shop and furnished me with a pair of men's street shoes and a Union winter parka that he took from a stack of military clothing in a storeroom at the back of the shop. In this image, one can see how over-sized the shoes were. I can confirm that this image was taken right after President Lincoln arrived on the dais, because when I walked over to this location and stood in this manner to detract attention from my shoes, I had been standing over by the dais, and Lincoln had not yet arrived, and I only stood in this position for several minutes before the quantum field effect produced by the plasma confinement chamber ended and I found myself back in the time lab in New Jersey.

Q: This is incredible, Andrew! I did not know there were pictures. Was this a picture (Figure 1) discovered that just happened to have you in it, or was this picture taken by those with you and you brought it back?

Andrew D. Basiago: To my knowledge, this was the only photograph that was taken in a past or future time when I was time traveling for DARPA's Project Pegasus. I think another breakthrough will come in the form of accounts from residents of Santa Fe [New Mexico] about children suddenly appearing at the state capitol complex there in the early 1970's. Our arrivals were sometimes witnessed. Several of my own arrivals were witnessed. I have spoken with area residents who knew that individuals were teleporting into Santa Fe in the early 1970's. Some of that knowledge resulted from the arrival of teleportees, including myself, being seen by others; other knowledge resulted from the fact that employees of LANL [Los Alamos National Laboratory, Los Alamos, NM] were bringing stories about the teleportation that was going on home from work and sharing them with their children around the dinner table in Los Alamos and White Rock.