If You Don’t Mind Cancer Causing Radiation Passing Through Your Food, Keep Using A Microwave 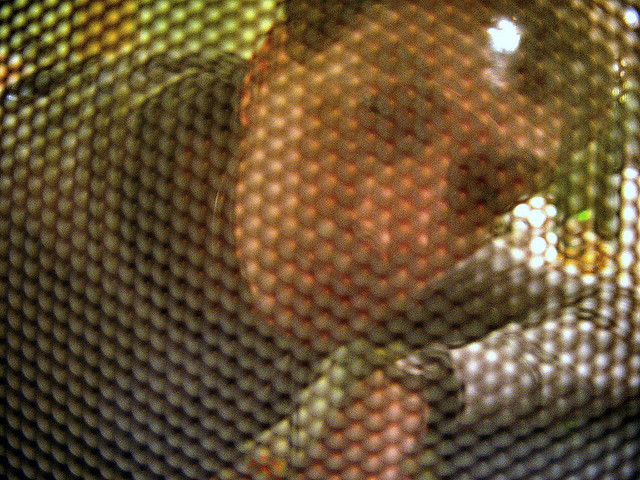 Are microwaves a benign bastion of convenience or a sinister contributor to biological and nutritional damage? That depends where you attain your health information from. Many believe microwaves are an ingenious time-saving device and wonder how anyone ever lived without them. Others are aware their food doesn’t quite taste the same after microwave use, but unapologetically swear by them just to help them get through the day a little bit faster. However, a growing percentage are now heeding the advice of holistic health experts advising them of the dangers. Regardless of where you stand, humans are the only animals on the planet who destroy the nutritional value of their food before eating it, and the use of microwaves is no exception.

If you’re a regular reader of any type of website that thrives to educate on natural and toxic-free living, then you probably disposed of your microwave long ago. If you still use a microwave and just stumbled on this information, pay close attention as all the information on this page will eventually lead you to throw out your nuker and get back to old fashioned heating methods which are far more effective for your long-term health.

Microwaves use super-fast particles to literally radiate the contents of water inside food and bring it to boil. Not only has microwave use been linked to causing infertility in men, but it also denatures many of the essential proteins in the food making them virtually indigestible.

Most animals will only consume food in its natural, unprocessed state, but humans actually go out of their way to render food nutritionally worthless before eating it. Think about all the prepackaged and processed foods we purchase and consume annually. It’s no wonder the state of our health is in dire straits.

Microwaves are a source of electromagnetic energy (a form of nonionizing form of radiation) electronically generated. When penetrating the aliments, they trigger an inner rotation of the water molecules inside the food. This rotation triggers a friction between the molecules and the result is a rapid growth in temperature.

Microwave ovens work physically, biochemically and physiologically, producing ions and various free radicals, which destroy viruses and bacteria, but not toxins and microtoxins. The experts have concluded that food cooked in microwaves loses between 60% and 90% of its vital energy and, at the same time, the structural disintegration processes accelerates. Also, the nutrient substances are altered, leading to digestive diseases. These microwaves can increase both the number of cancerous cells in blood and the number of stomach and intestinal cancerous cells.

Microwaves leaking radiation is a serious issue. Serious enough for the FDA to set legal limits on the leakage permitted by every microwave manufacturer. However, the only way to completely eliminate the radiation dangers associated with microwaves is not to use one. Microwave radiation has been known to cause cataracts, birth defects, cancer and other serious illnesses.

Because of these causesÂ the microwave ovens were banned in the Soviet Union in 1976. Soviet scientists found thatÂ the microwave exposure decreases the ability of some vitamins to by absorbed by the human body, dramatically accelerates the structural disintegration of all foods and reduces the metabolic stress of the alkaloids, glycosides and galactoses.

In 1991, the Swiss Doctor Hans Ulrich Hertel made a study that demonstrated that cooking or heating foodÂ presents much greater risks for health than the traditionally cooked food. He found that people who ate microwave prepared food recorded losses in the hemoglobines and lymphoites.

In 2003, a Spanish governmental study elaborated in Murcia demonstrated that the vegetables and fruits cooked in a microwave lost a percentage of 97% of the substances that contribute to reducing the incidence of coronary heart diseases.

In Dr. Lita Lee’s book, Health Effects of Microwave Radiation — Microwave Ovens, and in the March and September 1991 issues of Earthletter, she stated that every microwave oven leaks electro-magnetic radiation, harms food, and converts substances cooked in it to dangerous organ-toxic and carcinogenic products.

In Comparative Study of Food Prepared Conventionally and in the Microwave Oven, published by Raum & Zelt in 1992, at 3(2): 43, it states:

“Artificially produced microwaves, including those in ovens, are produced from alternating current and force a billion or more polarity reversals per second in every food molecule they hit. Production of unnatural molecules is inevitable. Naturally occurring amino acids have been observed to undergo isomeric changes (changes in shape morphing) as well as transformation into toxic forms, under the impact of microwaves produced in ovens.”

There are no atoms, molecules or cells of any organic system able to withstand such a violent, destructive power for any extended period of time, not even in the low energy range of milliwatts. Microwaves quickly destroy the delicate molecules of vitamins and phytonutrients (plant medicines) naturally found in foods. One study showed that microwaving vegetables destroys up to 97% of the nutritional content (vitamins and other plant-based nutrients that prevent disease, boost immune function and enhance health).

Dr. Hertel was the first scientist to conceive and carry out a quality clinical study on the effects microwaved nutrients have on the blood and physiology of the human body. His small but well controlled study showed the degenerative force produced in microwave ovens and the food processed in them. The scientific conclusion showed that microwave cooking changed the nutrients in the food; and, changes took place in the participants’ blood that could cause deterioration in the human system. Hertel’s scientific study was done along with Dr. Bernard H. Blanc of the Swiss Federal Institute of Technology and the University Institute for Biochemistry.

Of all the natural substances — which are polar — the oxygen of water molecules reacts most sensitively. This is how microwave cooking heat is generated — friction from this violence in water molecules. Structures of molecules are torn apart, molecules are forcefully deformed, called structural isomerism, and thus become impaired in quality. This is contrary to conventional heating of food where heat transfers convectionally from without to within. Cooking by microwaves begins within the cells and molecules where water is present and where the energy is transformed into frictional heat.

The following is a summary of the Russian investigations published by the Atlantis Raising Educational Center in Portland, Oregon:

– Microwaving milk and cereal grains converted some of their amino acids into carcinogens.

Russian researchers also reported a marked acceleration of structural degradation leading to a decreased food value of 60 to 90% in all foods tested. Among the changes observed were:

– Various kinds of damaged to many plant substances, such as alkaloids, glucosides, galactosides and nitrilosides.

According to Dr. Lee, changes are observed in the blood chemistries and the rates of certain diseases among consumers of microwaved foods. The symptoms above can easily be caused by the observations shown below. The following is a sample of these changes:

Microwave exposure caused significant decreases in the nutritive value of all foods researched.
The following are the most important findings:

Exposure to microwave emissions also had an unpredictably negative effect upon the general bio-logical welfare of humans. This was not discovered until the Russians experimented with highly sophisticated equipment and discovered that a human did not even need to ingest the material substance of the microwaved food substances: that even exposure to the energy-field itself was sufficient to cause such adverse side effects that the use of any such microwave apparatus was forbidden in 1976 by Soviet state law.

The following are the enumerated effects:

Take a look around you at every person that still uses a microwave. The largest majority are unhealthy and overweight. The more you use the microwave, the worse your nutritional state gets, and the more likely you are to be diagnosed with various diseases and put on pharmaceuticals which, of course, will create other health problems that lead to a grand spiraling nosedive of health.

How Do You Heat Your Food The Healthy Way
This is kind of a misnomer because there is truthfully, with perhaps the exception of dehydration, no way to heat food and maintain its structural and nutritional value. However, gently heating food in a cast iron pan over the stove may be the healthiest alternative to nuking it. This is the old fashioned way and it never failed our ancestors.

Toss that microwave and strive to consume at least half of your diet from raw foods, that is a huge step in the right direction to maintain their nutritional value. My mother always used to tell me that if food comes from a package, or has to be heated to be eaten, there’s a good a chance it’s low in nutrition. She was right for the most part, so keep that in mind when venturing the aisles at the grocery.


About the Author: Marco Torres is a research specialist, writer and consumer advocate for healthy lifestyles. He holds degrees in Public Health and Environmental Science and is a professional speaker on topics such as disease prevention, environmental toxins and health policy.

Disclaimer: This article is not intended to provide medical advice, diagnosis or treatment. Views expressed here do not necessarily reflect those of the Integrative Energy Medicine Institute and associated member and staff.