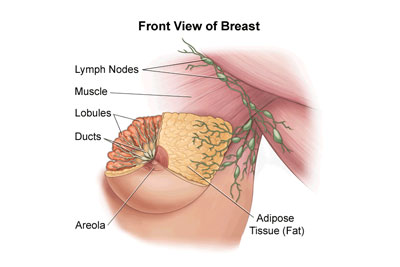 Mammography is one of the biggest diagnostic scams used by the cancer industry to recruit patients out of thin air. Routine mammograms cause unnecessary procedures, especially toxic chemotherapy and over-treatment, ultimately accelerating death. Moreover, screening has had no impact on breast cancer deaths among women leading more health experts to question why this invasive diagnostic tool is used at all.

Breast cancer screening does not play a direct role in the reductions of deaths due to breast cancer in almost every region in the world. Part of the failure correlates to more than 70 percent of mammographically detected tumors being false positives leading to unnecessary and invasive biopsies and subsequent cancer treatment such as radiation which itself causes cancer.

Breast cancer screenings result in an increase in breast cancer mortality and fail to address prevention.

The rate of advanced breast cancer for U.S. women 25 to 39 years old nearly doubled from 1976 to 2009, a difference too great to be a matter of chance.

“Most studies have failed to show an absolute increase,” said Dr. Benjamin Paz, a City of Hope Cancer Center surgeon who was not involved in the study. “Now, looking at a longer period of time, this study shows there’s clearly been an increase.”

Titled “Effect of Three Decades of Screening Mammography on Breast-Cancer Incidence,” researchers estimated that among women younger than 40 years of age, breast cancer was overdiagnosed, i.e. “tumors were detected on screening that would never have led to clinical symptoms,” in 1.3 million U.S. women over the past 30 years. In 2008, alone, “breast cancer was overdiagnosed in more than 70,000 women; this accounted for 31% of all breast cancers diagnosed.

Most mammography-detected breast cancer presents without symptoms in the majority of women within which it is detected, and if left untreated will not progress to cause harm to women. Indeed, without x-ray diagnostic technologies, many if not most of the women diagnosed with it would never have known they had it in the first place. The journal Lancet Oncology, in fact, published a cohort study last year finding that even clinically verified “invasive” cancers appear to regress with time if left untreated:

The study authors point out “The introduction of screening mammography in the United States has been associated with a doubling in the number of cases of early-stage breast cancer that are detected each year.” And yet, they noted, only 6.5% of these early-stage breast cancer cases were expected to progress to advanced disease. Mammography-detected breast cancer and related ‘abnormal breast findings,’ in other words, may represent natural, benign variations in breast morphology. Preemptive treatment strategies, however, are still employed today as the standard of care, with mastectomy rates actually increasing since 2004.

It is also questionable whether screening mammograms can even provide genuine ‘early diagnosis’ as is frequently claimed. A new blood test being developed in America and Nottingham, England will pick up on proteins developed by the very earliest ‘rogue’ cells almost before a cancer has formed. In the press release the scientists claim that this is a good 4 years before a mammogram can show up a tumour. Apparently, a cancer makes about 40 divisions during its life, and mammograms cannot pick up a breast tumour until it is of a sufficient size, usually around 20 such divisions. So much for early diagnosis!

These concerns are part of a growing trend. Perhaps one of the most damning reports was a large scale study by Johns Hopkins published in 2008 in the prestigious Journal of the American Medical Association’s Archives of Internal Medicine (Arch Intern Med. 2008;168[21:2302-2303). In the Background to the research it was pointed out that breast cancer diagnosis rates increased significantly in four Scandanavian counties after women there began receiving mammograms every two years.

Philippe Autier, M.D., of the International Prevention Research Institute (iPRI) in France and colleagues, looked at data from the Swedish Board of Health and Welfare from 1960-2009 to analyze trends in breast cancer mortality in women aged age 40 and older by the county in which they lived. The researchers compared actual mortality trends with the theoretical outcomes using models in which screening would result in mortality reductions of 10%, 20%, and 30%.

The conclusion by Autier et al that the 37% decline in breast cancer mortality in Sweden was not associated with breast cancer screening seems therefore difficult to justify and partially unsupported by data (two groups of Swedish Counties do show a mortality decrease that, according to the stated criteria, could be linked to screening).

The adverse health effects associated with overdiagnosis and overtreatment with lumpectomy, radiation, chemotherapy and hormone-suppressive treatments cannot be underestimated, especially when one considers the profound psychological trauma that follows each stage of diagnosis and treatment, and the additional physiological burdens such psychic injuries lead to, including up-regulation of multidrug resistance genes within cancer as a result of the increased adrenaline associated with the ‘flight-or-fight’ stress response.

Much in the same way that conventional antibiotic agents will drive multidrug resistance within the subpopulation of surviving post-antibiotic bacteria, ensuring recurrence, conventional treatments also drive the surviving stem-cell enriched tumor populations into greater resistance and metastatic potential when it does inevitably recur. Or worse, radiation therapy may actually increase the ‘stemness’ of breast cancer cellsmaking them 30 times more malignant (capable of forming new tumors).

The Dangers of Routine Mammography
The recent Komen controversy has the media buzzing about a reversal of policy over its decision to cut funding to PP and mammogram screening procedures. The real issue for women’s health is not about funding but about the deadly effects from radiation spewing from mammogram screening devices.

Routine mammograms are far less effective at preventing breast cancer deaths and far more expected to cause unnecessary procedures, over-treatment and ultimately accelerate death more than any other screening method on women. 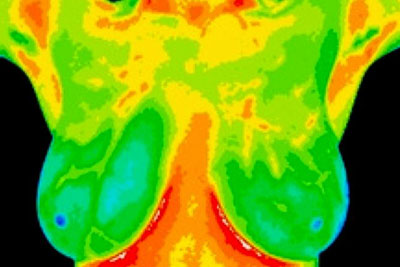 Thermography (also called thermology) is a little-known technique for breast cancer detection that’s been available since the 1960s. It’s non-invasive and non-toxic, using an infrared camera to measure thermal emissions from the entire chest and auxiliary regions. Cancerous tissue develops a blood supply to feed a growing tumor, and the abnormal blood vessel formations generate significantly more heat than the surrounding healthy tissue. The infrared camera detects the differences in heat emitted from abnormal tissue (including malignancies, benign tumors and fibrocystic disease), as compared to normal tissue. There is no physical contact with the patient, who stands several feet away from the camera while a technician takes a series of images.

A second set of images is taken following a “cold challenge”. The patient places her hands in ice cold water for one minute causing healthy tissue to constrict while the abnormal tumor tissue remains hot. The infrared scanner easily distinguishes the difference, and these images are compared with the first set for confirmation.

Thermography can detect abnormalities before the onset of a malignancy, and as early as ten years before being recognized by other procedures such as manual breast exam, mammography, ultrasound or MRI. This makes it potentially life-saving for women who are unknowingly developing abnormalities, as it can take several years for a cancerous tumor to develop and be detected by mammogram. Its accuracy is also impressive, with false negative and false positive rates at 9% for each. Thermography is also an effective way to establish a baseline for comparison with future scans; therefore, women should begin screening by the age of 25.

Although widely embraced by alternative health care practitioners, thermography’s obscurity in the mainstream means that too many women rely on mammograms as their only option. There are several reasons for thermography’s lack of support by the conventional medical community. Early thermal scanners were not very sensitive, nor were they well-tested before being used in clinical practice. This resulted in many misdiagnosed cases and its utter dismissal by the medical community. Since then the technology has advanced dramatically and thermography now uses highly sensitive state-of-the-art infrared cameras and sophisticated computers. A wealth of clinical research attests to its high degree of sensitivity and accuracy. In 1982, the FDA approved thermography for breast cancer screening, yet most of the medical establishment is either unaware of it or still associates it with its early false start. Since most women are also uninformed of the technology there is no pressure on the medical community to support it.

In fact, the article references data from major peer review journals and research on more than 300,000 women who have been tested using the technology. Combined with the successes in detecting breast cancer with greater accuracy than other methods, the technology is slowly gaining ground among more progressive practitioners.

About the Author: Dave Mihalovic is a Naturopathic Doctor who specializes in vaccine research, cancer prevention and a natural approach to treatment.

In the United States, ultrasound is typically associated with expectant parents' first beautiful image of their unborn child. But did you know that ultrasound is actually a terrific alternative to mammography in the early detection of breast cancer? And ultrasound, not mammography, is the standard of care in Europe.
Today, host KC Craichy presents the findings of an important new study that compared the efficacy of mammography versus ultrasound in breast cancer detection.. The results of this study and other important information KC discusses may have you rethinking your bi-annual mammogram. Consider forwarding this message to the women you love today.

Working with a team of physicists, Dr. Deborah Rhodes developed a new tool for tumor detection that's 3 times as effective as traditional mammograms for women with dense breast tissue. The life-saving implications are stunning. So why haven't we heard of it? Rhodes shares the story behind the tool's creation, and the web of politics and economics that keep it from mainstream use.