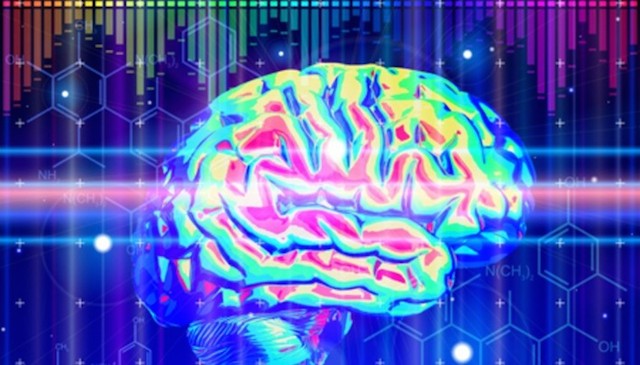 Human consciousness is a subject of infinite fascination in these time because people are realizing just how much our frame of mind is manipulated by mainstream media, corporate and government propaganda. Simultaneously, technology is permitting the free and international exchange of information and now people have access to many spiritual teachings, ideas on conscious transformation, and info about altered states of consciousness.

More people than ever are recognizing how developing greater conscious awareness of their lives is giving humanity the opportunity to evolve beyond the destructive paradigms that dominate life today, giving us all the best chance we have to re-discover a sustainable and humane mode of existence on this planet.

A practical, and legal, means of experimenting with consciousness involves using the scientific understanding of how the brain synchronizes its energetic output to various frequencies, and using technology to induce and maintain unique levels of consciousness. Neuroscience has discovered that human consciousness can be ‘hacked’ by governing the brain’s operating frequency, and recently, scientists have also even been able to trigger lucid dreaming, the state of being consciously aware during deep sleep.

The Electric Brain
The human brain is an electrical organ composed of billions of neurons which emit electricity in order to communicate with one another. The sum of this electrical potential is emitted in patterns which cycle at varying rates, commonly referred to as brain waves. This cyclical energy, which can be picked up and measured by electroencephalography (EEG), is measured in hertz (cycles per second) and has been found to be correlated to the various states of conscious awareness a human can experience. The slower cycles of electrical output being involved with deep sleep or coma, and the faster states being associated with active awareness and bursts of creative insight, inspiration and deep emotion.

The brain’s electricity is constantly fluctuating between various cycles, yet we have identified several major brain wave states which, when predominant, are predictably responsible for certain types of mental functioning. There are other states within this range, but here is a brief explanation of the most important brain wave patterns:

Gamma (25 Hz to 100 Hz, usually around 40 Hz) - Gamma brain waves were only recently discovered by EEG technology and is still not entirely understood, although, it is associated with higher mental functioning and attributed with feelings of ‘blessings’ and peak concentration. This state is also associated with information processing, language and the highest levels of mental functioning.

Beta (14 Hz to 20-25Hz) - Beta brain waves are associated with our general active mental awareness when we are wide awake and actively engaged in the world. In this state, the physical senses are alert and actively taking in information.

Alpha (7 Hz to 14 Hz) - The Alpha brain waves are most commonly associated with meditative mental states, and is often triggered when our eyes close and our physical sensory input is limited. This state is associated with intuitive thinking, insight, creativity, day dreaming and deep relaxation.

Theta (4 Hz to 7 Hz) - These brain waves are present during light sleep and also during deep meditation, where one can experience a deep connection to source, profound insights and visualizations.

Delta (0.5 Hz to 4 Hz) - This brain frequency range is where the body is in its deepest sleep, healing itself and rejuvenating itself. It is here that a person is completely unconscious and a coma happens.

Most of us do not consciously choose which frequency range our brain is functioning within, and our brain activity is more or less governed by our lifestyle, schedules and habits. When we awaken from deep sleep (delta), our brain’s activity begins to slowly increase and the cycles of electrical impulses increase in frequency until eventually we arise in an alpha state. From here we begin our morning routine, which often involves stimulating the brain with exercise, a shower, or caffeine to reach the beta state where we are actively alert and ready to conduct our conscious affairs.

Brainwave Entrainment
By stimulating the brain appropriately, we can train the brain’s electrical impulses to cycle within certain frequency ranges, effectively triggering some of the brain wave states noted above. We effectively experience this when we watch television, which triggers an alpha wave response, lulling us into deep states of suggestibility and lowered awareness. Advertisers rely on this fact of neuroscience to implant ideas and trigger base responses, like sexual desire over consumer products. Likewise, it has been found that moviegoers in the same theatre passively slip into a synchronized state of brain wave functioning and an entire audience’s brain waves can actually harmonize.

The easiest and sometimes most effective way of deliberately setting the brain’s wave frequency is by using binaural beats, which are stereo audio recordings listened to in headphones that play unique frequencies in each ear. The brain calculates the difference between the two incoming sound waves and harmonizes to this frequency range. In this way, by listening to specially made recordings, the brain can be ‘tricked’ into a theta, alpha, beta or even gamma brain wave state, depending on the desired result. With this tool, people can actively dive into various states of mind while holding onto conscious awareness.

In a recent interview with Waking Times, neurosurgeon and author Dr. Eben Alexander, who gained worldwide recognition for his book Proof of Heaven: A Neurosurgeon’s Journey Into the Afterlife, which chronicled his near-death experience which convinced him of the existence of the afterlife, discussed his most recent research regarding brain wave entrainment. His research has led him to develop a series of acoustic journeys modeled on binaural beats which can bring the listener very close to the state of conscious he experienced during his near-death experience.

The Silva Method is another well-established means of entraining the brain to consciously maintain alpha and theta states of consciousness in order to seek deeper insight into life for purposes of inspiration, healing, problem-solving, and personal growth. Their programs are centered around maintaining conscious awareness in the alpha brain wave state, then using triggers and visualizations within those states to retrieve information and insight.

There are many more available programs for hacking consciousness with brain waves, and by experimenting and practicing with some of them it is easy to uncover deeper powers and serious inspiration.

Conclusion
The human brain acts as a transmitter and receiver of different frequencies, somewhat akin to how a radio can pick up different radio stations by adjusting the dial. Consciousness exists on a sliding scale, and we can experience different levels of consciousness by usingmeditation, lucid dreaming, astral travel and other mental exercises that are geared toward the development of self-control. Hacking consciousness with an understanding of brain waves brain wave states, then exploring intentional mental exercises within those states can improve life in a number of ways. Developing mastery of the brain, much as an athlete learns to finely control their body, is essential to personal development and transformation, and can unlock vast potential within you.

About the Author
Buck Rogers is the earth bound incarnation of that familiar part of our timeless cosmic selves, the rebel within. He is a surfer of ideals and meditates often on the promise of happiness in a world battered by the angry seas of human thoughtlessness. He is a staff writer for WakingTimes.com.