Full Moon and Human Behavior:
Do We Really Change During the Full Moon? 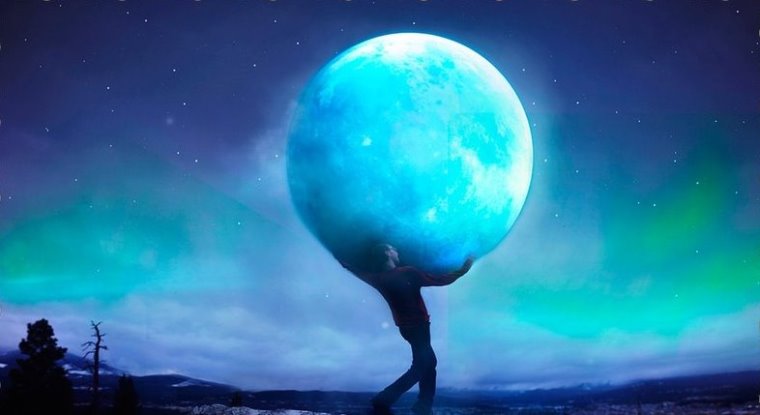 As we know, the moon does have certain effects upon the earth, but just how much influence does this lunar body have? Rumor has it, the full moon produces changes in our behavior, including thoughts of suicide, depression and even arousal. The full moon has also been linked to the menstrual cycle and the most well-known myth about the lycanthrope. It stands to question whether the full moon really produces such changes. Let’s look a little closer at the moon and get an idea of how and why these ideas arise.

First of all, the full moon occurs when the geocentric longitudes between the sun and moon have a difference of 180 degrees. Here, the moon and sun face off directly, making the moon shine brighter and seemingly bigger with the help of the solar rays. The complete opposite side of the moon — “the dark side of the moon” — is completely void of light.

The lunar cycle
Before concerning ourselves with full moon drama, let’s take a look at the basic cycles. The cycle of the moon is explained in a very simple way. When the moon travels around the earth, we experience the full lunar cycle. This takes a month, respectively, as we know. As the moon moves around the earth, the appearance changes — a process called “lunation”. There are eight distinct phases of the moon’s travel.

New moon
At the new moon, the heavenly body is positioned between the sun and earth and the appearance is almost completely dark. The back side of the moon is completely illuminated.

Waxing Crescent
At this stage, the moon is beginning to show us the light from the sun, but still less than half of the moon’s surface is illuminated.

First Quarter
Here, the moon is considered the half moon, showing light at a 90 degree angle.

Waxing Gibbous
More than half the moon is now illuminated. The full moon is fast approaching.

Full Moon
Now, the earth, moon and sun are in complete alignment, as stated before. The moon seems bigger and brighter, allowing a much better view of the lunar terrain. Here we may experience the drastic human and earth changes.

Waning Gibbous
The full moon is over and illumination is retreating along the moon’s surface.

Third Quarter
This quarter is very similar to the first quarter, meaning it is again experience light at a 90 degree angle. The only difference is that the opposite side of the moon is half illuminated.

Waning Crescent
The light is almost gone, a sliver of the moon is now illuminated, giving the appearance of a “crescent” shape. The cycle is preparing for the next new moon.
Now begins the next moon cycle!

We already know that the moon affects the tidal waves of the ocean, and since we are comprised of 80% water, why can’t it affect our biological workings just the same? Unfortunately, some of these workings are dark and evil deeds, attributed to the full moon phase. Crimes such as murder, arson and rape have been linked to the full moon! But don’t despair, there are other effects, less heinous.

It seems that medical issues are affected as well. Dr. Edson J. Andrews of the Florida Medical Association stated that bleeding after major surgery was up 82% during a full moon. Another source, Curtis Jackson, controller of the California Methodist Hospital, said that more babies were conceived during the full moon as well, which backs up the notion of increased sexual tension during this time. It also suggests that conception is easier during the full moon. James W. Buehler, German researcher, states that there are also more male births at this time.

Whether these statements are true or not, it stands to reason that the full moon definitely has some effects upon the earth and our bodies and minds. If we grow mad, or feel aroused, or if we simply feel a tingle of curious animalistic intentions, we should pay attention to the lunar cycle. Maybe we can map and understand the various connections we truly have with our universe. Maybe we all have werewolf tendencies, or maybe it is all in the mind!

About the author: Sherrie is a freelance writer and artist with over 10 years of experience. She spends most of her time giving life to the renegade thoughts. As the words erupt and form new life, she knows that she is yet again free from the nagging persistence of her muse. She is a mother of three and a lifetime fan of the thought provoking and questionable aspects of the universe. View more article by Sherrie at Learning-mind.com


Naked Science - Moon Mysteries
Is the moon powerful enough to trigger natural disasters like earthquakes and volcanic eruptions? Can the full moon influence human behavior? Join NGC as Naked Science examines the mysteries of the moon under a tightly-focused lens. Today, the moon shines brightly in our night skies from about a quarter of a million miles away, but when it first formed, it was 15 times closer to Earth and its gravity had a tremendous influence on our planet.