Farmers Abandoning GMO Seeds And The Reason Will Surprise You<

By Daniel Jennings, Off The Grid News 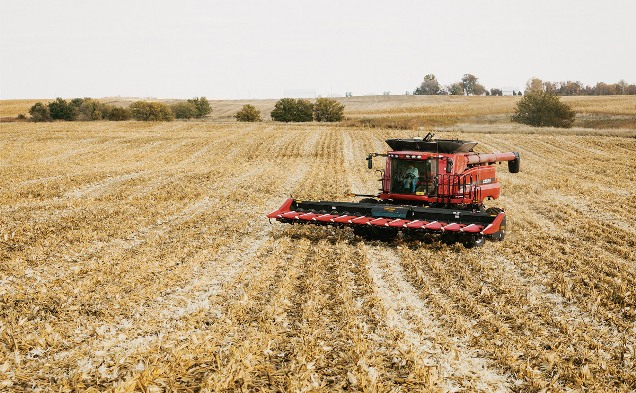 A growing number of farmers are abandoning genetically modified seeds, but it’s not because they are ideologically opposed to the industry.

Modern Farmer magazine discovered that there is a movement among farmers abandoning genetically modified organisms (GMO) because of simple economics.

“We get the same or better yields, and we save money up front,” crop consultant and farmer Aaron Bloom said of non-GMO seeds. Bloom has been experimenting with non-GMO seeds for five years and he has discovered that non-GMO is more profitable.

The re-converts to non-GMO seeds are not hippies but conservative Midwestern farmers who are making a business decision, Modern Farmer discovered. They are switching back to natural seed because it is more profitable — not because of any ideology.

“Five years ago the [GMO seeds] worked,” said farmer Christ Huegerich, who along with his father planted GMO seeds. “I didn’t have corn rootworm because of the Bt gene, and I used less pesticide. Now, the worms are adjusting, and the weeds are resistant. Mother Nature adapts.”

“I get a fifty-cent-per-bushel premium,” Huegerich said of the non-GMO corn he grows in Breda, Iowa.

Herbicide use increased by 26 percent between 2001 and 2010 because of the spread of herbicide-resistant weeds. Huegerich said he used herbicides on GMO corn and conventional corn, even though theoretically he shouldn’t have to use it on his genetically modified crop.

The group Farm & Water Watch reported that 61.2 million acres of cropland in the US are plagued by weeds that are resistant to the popular glyphosate herbicides.

Why Non-GMO Seeds Are More Profitable

The Modern Farmer article, called The Post GMO-Economy, makes an excellent case for farmers dumping GMO. Some of the interesting facts the magazine uncovered include:

The cost of growing one acre of non-GMO corn was $680.95, the cost of growing an acre of GMO corn was $761.80 according to Aaron Bloom. That means it costs $80.85 more an acre to raise GMO corn.
GMO seeds can cost up to $150 a bag more than regular seeds.
The market for non-GMO foods has grown from $1.3 billion in 2011 to $3.1 billion in 2013, partially because some Asian and European countries don’t want GMO seeds.
Grain dealer Clarkson Grain pays farmers an extra $2 a bushel for non-GMO soybeans and an additional $1 a bushel for non-GMO corn.
The market for non-GMO seed is growing. Sales at Spectrum Seed Solutions, which sells non-GMO seed, have doubled every year for the last four years. Sales at another company that markets non-GMO seeds, eMerge Genetics of West Des Moines, Iowa, have increased by 30 percent a year for five years.
Spectrum Seed Solutions president Scott Odle thinks that non-GMO corn could be 20 percent of the market in five years.

Bloom, the farm consultant, said planting convention corn can save farmers an average of $81 per acre per season. That’s a difference of $81,000 for a farm of 1,000 acres.

It looks like the past might be the future for farmers as more and more growers abandon GMO. The free market could very well spell the end of GMO seeds.

**Farmers Abandoning GMO Seeds And The Reason Will Surprise You is an original feature of OffTheGridNews.**

Top Ten GMO Foods To Avoid At All Costs

The World According to Monsanto (Full Documentary)

Monsanto's controversial past combines some of the most toxic products ever sold with misleading reports, pressure tactics, collusion, and attempted corruption. They now race to genetically engineer (and patent) the world's food supply, which profoundly threatens our health, environment, and economy. Combining secret documents with first-hand accounts by victims, scientists, and politicians, this widely praised film exposes why Monsanto has become the world s poster child for malignant corporate influence in government and technology.

Seeds of Death: Unveiling The Lies of GMO's - Full Movie

The world's leading Scientists, Physicians, Attorneys, Politicians and Environmental Activists expose the corruption and dangers surrounding the widespread use of Genetically Modified Organisms in the new feature length documentary, "Seeds of Death: Unveiling the Lies of GMOs".

Copyright Disclaimer under section 107 of the copyright act 1976, allowance is made for "fair use" for purposes such as critisicm, comment, news reporting, teaching, scholarship and research. Fair use is a use permitted by copyright statue that might otherwise be infringing. Non-profit, educational or personal use tips the balance in favor of fair use.

This article is not intended to provide medical advice, diagnosis or treatment. Views expressed here do not necessarily reflect those of IEMI or its staff.