Troubles with the Oils Industry 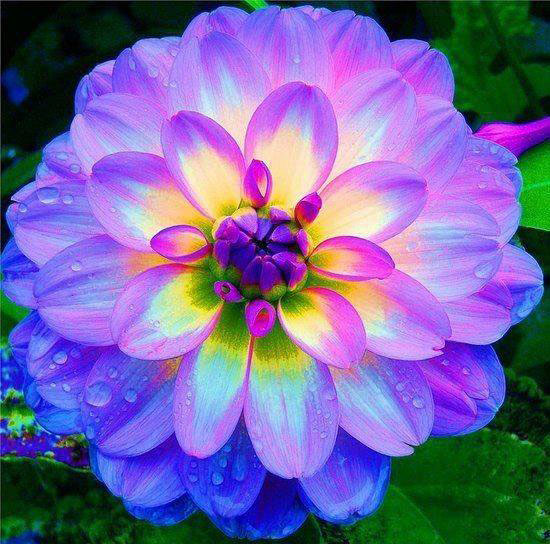 Here is some of the “dark side” to the essential oils industry.
– Some of the companies actually distill at high pressure and high temperature to get more oil out faster, despite it being widely known in the oils industry that low temperature and low pressure is the way to do it.
– Oils are adulterated. With chemicals, fragrances or cheaper oil. I heard from one source that CODEX allows for oils to be labeled “pure” with only 3% of the pure oil in the bottle. I couldn’t get documentation for that, but I can see it being true. You’ve seen those bottles labeled “pure vanilla extract” that have a lot of alcohol and sugar in them as well, right? The vanilla part is pure but there’s other stuff in that bottle. One oil company owner told me he once tested a health food store brand that was labeled “pure” but it tested with 75% propylene glycol.
Basically, if the price seems too good to be true, it likely is.
– False certificates – One oil company owner told me that he had sold small amounts of 2 varieties of an oil to a smaller company. They asked for the certification of the more expensive oil, apparently for “verification”. Later, they ordered a large amount of the less expensive oil to sell to their customers. The first company’s owner later visited the buyer’s site and saw that the company had posted the certificate for the more expensive oil alongside the info for the “cheaper” oil they had just purchased from him. Ugh!
Just because there is a certificate doesn’t mean that is what is being sold.
– “Complete distillations” or “redistillation” vs “first distillations”. While there is no official standard for how oils are distilled, here is very interesting information showing how one gets a “candy cane-like” smell when distilling peppermint oil. Apparently if you distill it at a higher temperature or pressure, or redistill, you get this same “candy”-like smell. I will refer to this later.
– I have also heard about oils being reheated to make them smell more palatable. Remember we said “low temperature”?
– Chemical Solvents – Some companies are distilling with solvents. No more chemical nasties, right? Ick. There are a few exceptions, but very few. You want steam distilled oils only otherwise.
– Safety violations – There are some companies without good reputations in this arena as well. I will talk about this next time as well.

References to 1st, 2nd, and 3rd Distillations from Oils Companies
These are references to this kind of distillation that I easily found doing an internet search:

I personally spoke with several people in the EO field and this is what I have heard (of course, given the scope of this post, this is a summary only).

Since I first heard about it I wonder what was that about, aromatherapy? Is it worth trying? Will that work and for which ailments? Well, to find out and answer to these and many more questions I had a look at medical libraries and scientific trials on aromatherapy and their results, and you know what, after writing this article the way I thought about aromatherapy completely changed, and so you will I hope.

For those of you that have already tried it this article will give you an insight on those treatments and essentials oils about which you didn't know yet, and for those who didn't it will give you a perfect excuse to try it.

Aromatherapy is one of the complementary and alternative medicines used to treat various diseases and symptoms, because essential oils have many kinds of pharmacological actions including anti-microbial, sedative, analgesic, spasmolytic and estrogen or steroid hormone-like effects, etc. [1].

ESSENTIAL OILS
Essential oils are in fact everything but oils. Essential oils do not contain any fatty acids that will eventually justify to define them as "oils", they are purely and simply highly concentrated plant extracts that exert powerful cosmetic and medicinal properties.

COMPLEMENTARY AND ALTERNATIVE MEDICINE (CAM)
Complementary and alternative medicine (CAM) is defined by National Center for Complementary and Alternative Medicine in the United States (NCCAM) as a group of diverse medical and health-care systems, practices and products that are not presently considered to be part of conventional medicine [8], as such, aromatherapy falls into that category, as indeed, it makes use of non-conventional methods used in traditional medicine.

In spite it is not the only way, the most commonly used method to practice aromatherapy is using essential oils from plants. An essential oil is a concentrated hydrophobic liquid containing volatile aroma compounds from plants.

Essential oils are also known as volatile oils, ethereal oils or aetherolea, or simply as the "oil of" the plant from which they were extracted, such as oil of clove.

An oil is "essential" in the sense that it carries a distinctive scent, or essence, of the plant [7].

MOST COMMON ESSENTIAL OILS
The most common essential oils as lavender, peppermint, and eucalyptus, are distilled from raw plant material, consisting of the flowers, leaves, wood, bark, roots, seeds, or peel, is put into an alembic (distillation apparatus) over water.

As the water is heated, the steam passes through the plant material, vaporizing the volatile compounds. The vapors flow through a coil, where they condense back to liquid, which is then collected in the receiving vessel [7], more or less the same as it is done with the alcoholic beverages that are done using this traditional method.

AROMATHERAPY FOR MENOPAUSAL SYMPTOMS
In a study done on aromatherapy effects on menopausal women, Lavender rose geranium, rose, and jasmine in almond and primrose oils were used for massage once a week.

Eight-week massage showed a significantly lower total menopausal index than that in wait-listed controls. These findings suggest that aromatherapy massage can be an effective treatment of menopausal symptoms such as hot flushes, depression, and pain in climacteric women [2,5]. Image right: #3219 by Gerold Schneider under Creative Commons license (CC BY 2.0).

AROMATHERAPY WITH BERGAMOT OIL FOR ANXIETY, MILD DEPRESSION AND PAIN
Several studies suggest that neurotransmitters 5-hydroxytryptamine and dopamine may be modulated with the anti-anxiety effect by essential oils from rose, lavender, lemon and peppermint [9,10,11]. Other popular anxiolytic oils include:

Workplace stress-related illness is a serious issue, and consequently many stress reduction methods have been investigated. Aromatherapy is especially for populations that work under high stress. Elementary school teachers are a high-stress working population in Taiwan.

In a study, fifty-four elementary school teachers were recruited to evaluate aromatherapy performance on stress reduction. Bergamot essential oil was used for aromatherapy spray for 10 minutes. Results showed that there were significant decreases in blood pressure, heart rate, [2].

Bergamot essential oil was also effective for anxiety reduction of mild depression subjects, and it also had the effect of reducing pain in cancer subjects [2,6].

SEDATING and ANTI-STRESS EFFECTS OF SOME ESSENTIAL OILS
Some essential oils have been found to exert sedating effect, such as:

In spite Lemon oil is not one of the most commonly used essential oils when looking for anti-stress and sedating effects, at least one study shows how after examining the anti-stress action of the essential oils of lavender, rose, and lemon, it was observed that Lemon oil had the strongest anti-stress effect, confirming that lemon oil possesses anxiolytic and antidepressant-like effects [14].

Disclaimer: The information presented in this website is not intended to prescribe or give in any way or form medical advice, recommend or diagnose. Please read the disclaimer at the button of this page for more info.