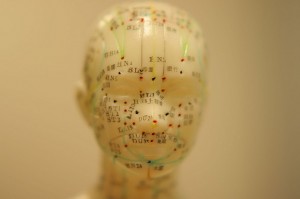 The number of acupuncturists, Traditional Chinese Medicinal (TCM) doctors, and complimentary alternative medicine (CAM) patients is growing in the United States, yet mainstream science, medicine and health insurance companies often disregard acupuncture as a legitimate medical treatment.
However, it appears that science may finally be able to visually verify the existence of acupuncture points, meridians (vessels within the body that conduct Chi, or life force energy, much like the wires in an electrical circuit), and Chi cavities within the human body. 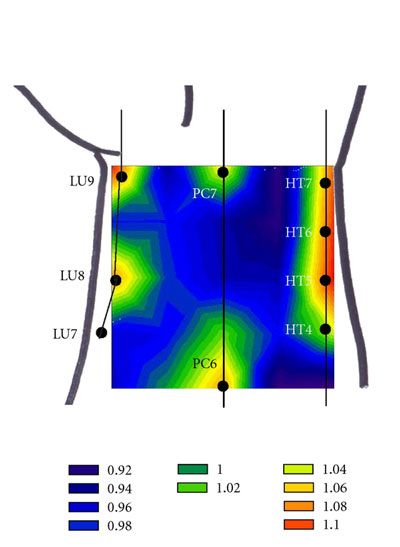 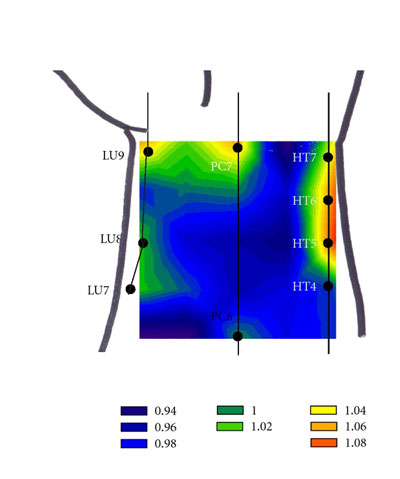 According to Chinese medicine, life force energy is carried throughout the body in a complex system of vessels called Meridians, and follows the free flow of blood within the body. If the movement of blood is restricted within the body, then so is the movement of life force energy, thereby causing disharmony in the otherwise proper symbiotic functioning of the organs.

The physical and esoteric arts of Tai Chi and Qi Gong deliberately work to improve the vascular flow of blood in order to move Chi more freely throughout the body. The effect of which is improved health and immunity, higher energy levels, and improved mental and emotional functioning. This would appear to now be validated scientifically by this research, which concludes that acupuncture points have higher concentrations of micro-vessels near the surface of the skin. The points do indeed appear to be connected to locations within the body where more blood can be concentrated.
“Acupuncture points have a higher density of micro-vessels and contain a large amount of involuted microvascular structures. The non-acupuncture points did not exhibit these properties.”
This study also identifies some of the major Meridians in the body, which are credited to have been discovered over 2000 years ago during the reign of the mystical Yellow Emporer (Huang Di), who is broadly accepted as the founder of Chinese medicine and acupuncture.
“They also commented that other research has found unique structures of acupuncture points and acupuncture meridians using MRI (magnetic resonance imaging), infrared imaging, LCD thermal photography, ultrasound and other CT imaging methods. The researchers commented that many studies using these technological approaches have already shown that acupuncture points exist.”

Related studies using amperometric oxygen microsensors has revealed partial oxygen pressure variations which, again, correspond with the energetic maps of the human body developed by the Chinese, who, without our modern technology somehow derived this system of health and wellness which has benefitted millions over the years. Below are images related to these scans:
This research should provide a boon for complementary alternative medicine, which undoubtedly provides relief and healing to many people, yet is constantly being derided and downplayed by so called ‘skeptics’ and rigid scientists as ‘pseudo-science.’ Many detractors of acupuncture claim that the treatments represent nothing more than elaborate placebos, yet, for those who’ve directly benefitted from TCM or who’ve committed themselves to the practices of the Chinese energetic arts there really is no dependency on Western science for validation of the effectiveness of TCM.

About the Author: Buck Rogers is the earth bound incarnation of that familiar part of our timeless cosmic selves, the rebel within. He is a surfer of ideals and meditates often on the promise of happiness in a world battered by the angry seas of human thoughtlessness. He is a staff writer for WakingTimes.com.

Disclaimer: This article is not intended to provide medical advice, diagnosis or treatment. Views expressed here do not necessarily reflect those of WakingTimes or its staff.