Dr. Roger Callahan was the original founder of tapping techniques and the person who discovered that by tapping on meridian points on the body, people started to feel better. Callahan discovered that by bringing in other meridian points to tap on he could increase his success rate from an alleged 20% to 97%. His ideas were initially known as “Callahan Techniques” but later became Thought Field Therapy. TFT uses “muscle testing” as part of the treatment flow for gauging unconscious resistance. 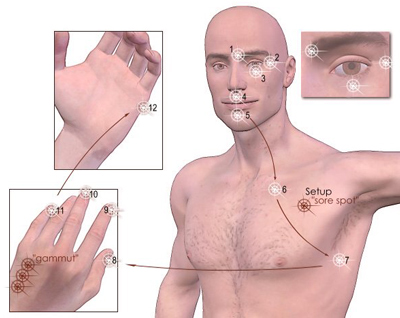 Gary Craig a student of Dr. Callahan, created EFT (Emotional Freedom Technique), a method that could be use by anyone and would cover a multitude of problems. Rather than matching a problem to a tapping sequence (TFT), EFT only uses one sequence and tap all the points for every problem, eliminating muscle testing and concern for a sequence of meridians, substituting instead a standard tapping "recipe" on all the meridians. During the 1990s, the clinical psychologist Fred Gallo coined the term ‘energy psychology' to describe all of these techniques collectively.

What made EFT's popularity and had it grow so rapidly, is that having recently retired from his investment business, Gary Craig decided to offer EFT manuals, video and information for free.

In 1998, Gary Craig's EFT website www.EmoFree.com first came online offering a free video tape of "EFT Case Histories" or "6 Days at the VA" for anyone who asked. For sale was the 1995 "The EFT Course" video set for $170 + shipping and also his brand-new "Steps toward becoming The Ultimate Therapist" video set for $295. The "Steps toward becoming The Ultimate Therapist" course is the one that I was trained with and with extensive practice it became one of the pillar of my treatments.

At this point, Gary Craig was also trademarking the phrase "Emotional Freedom Technique". You can read more about the history of EFT here. This interesting article shows how this original technique became simpler and simpler to find at time its way back to the original TFT. It goes into the politic surrounding Cary Graig's retirement and come back and the involvement of his daughter to preserve this lucrative business. Many since have renamed the technique whose origin lies in ancient Chinese medicine with the development of acupuncture. Read more about this here.

One the new comer on the stage of EFT is David Feinstein with Energy Psychology. It is interesting to note that it was in 1995, that clinical psychologist Fred Gallo coined the term ‘energy psychology' to describe the combination of Exposure Therapy and EFT/TFT. Like TFT/EFTs, Energy Psychology involves body tapping on acupuncture points.

Notably all of these methods use the "basic recipe" devised by Gary Craig with some addition, omission or changes of sequence and alterations of the sentence used from a negative statement to a positive statement; or a combination of both with muscle testing, at times, coming back in the picture as well.
Thus, any reference to the methodology of tapping on acupressure points, uses the acronyme EFT on this website, standing for EmotionFree Tapping.

Integrative Energy Medicine and EFT
Because Integrative Energy Medicine treatment are based on both the meridian and Chakra systems to re-establish harmony in the client's health, Acupoints tapping is an natural extension to this energy work. We call it EmotionFree Tapping. The IEM practitioner is trained to read the imbalance in a client's energy field and correlate the ailment to a psycho-spiritual origin. As such EFT to clear the meridian system (directly connected to the organ system) to efficiently bring harmony of body mind spirit.

Hypnosis can further be enhanced using EFT to clear negative energy patterns out of the body before a hypnosis session. Thus helping the client focus on the deeper issue at hand, and accelerating the healing process.

EFT 101 focuses on self healing and coaching with EFT. EFT Masterclass is help others with advance techniques for difficult issues.
As the name implies this technique works on the meridian system by tapping on specific point to release energy blocks related to physical mental and emotional issue in a very quick and lasting way.At the same time to person working on an issue voice the issue on which the focus of the session is. EFT is one of the most "user friendly" approaches for releasing/resolving such deep uncomfortable emotions and issues.

In Level 1 you learn to apply the basic EFT technique of tapping on specific points to effect releases and rid yourself of unwanted behavior, physical pain or fears and more. You will also enjoy what is known as borrowed benefit. As the group taps along with a person working on an issue they also enjoy the benefit of healing

In Level 2: you learn to coach someone through the tapping. Developing your intuition to help them define the wording to trigger the greatest release and go deeper into related issues. You learn associated NLP and hypnosis method to initiate healing of more challenging issues.

In level 3: we will focus on PTSD, Fears and Phobias as well as stubborn or returning issue cause by energy imbalance and deep seated emotional issues.

How does it work?
EFT uses a sequence of tapping on specific points on the meridians along with a basic affirmation, which can be modified for specific issues. The client is coached to repeat: "Even though I have (this issue), I deeply and completely love and accept myself" as he taps on these points. 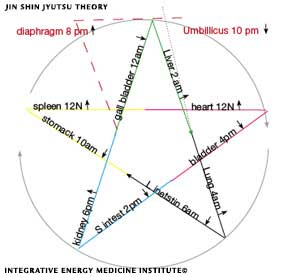 To understand how emotions affect our physical body please visit the Jin Shin Jyutsu page. Anger can raise your blood pressure. Grief affects how we take in or constrict our breath; reducing the amount of oxygen to vital organs and muscles causes chronic pain. EFT addresses the emotional issue at the root of the physical discomfort instead of the symptoms. By stimulating the meridian with rhythmic tapping we address the emotional issue associated with the physical ailment.

EFT as well as Jin Shin Jyutsu and Chinese medicine, are based on the meridian system and acupuncture points.
As you can see on the figure to the right, the energy flows from one organ to the next within a 24-hour period. When the flow of energy is perturbed one or more organs are stressed. The goal of Jin Shin Jyutsu for example is to reinstate an harmonious flow by removing these blocks.

Each modality has it's own method to do so. Some individual are more susceptible to one method over another. It is the role of the Integrative Energy Medicine™ practitioner to identify which one will serve their client best. Visit the Qi Gong page for more information.

How can EFT help?
While there are no guarantees, EFT usually works reliably when it is done persistently and with the desire to improve. It is becoming more and more evident that all healing is self-healing. Therefore the person has to be open to change. 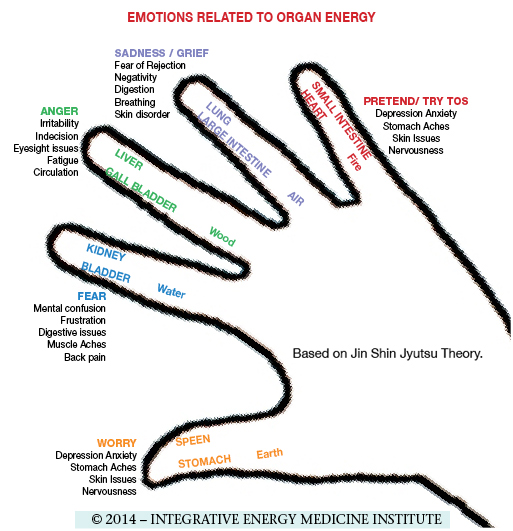 As the name infers, EFT has been successfully used to treat fears and phobias such as fear of public speaking or of flying, relationship problems, illness stress, anger, anxiety and depression, grief, as well as improvement in reading difficulties, business and sports performance, and more. The reason for this is simple each organ (corresponding to a meridian/acupuncture points) is associated with an emotion. During the EFT session you will tap on point on your face, your hands and other point on the body. (In addition to the original points used with EFT, your IEM practitioner may include other points related to specific emotions or mindsets.)

Physical relief
New scientific understandings about the connections between emotional and physical problems are borne out in experience by EFT users. Because EFT work on the meridian system and the acupressure points used in EFT correspond to point on organ flow (which in turn are associated with emotion) EFT address the whole person Body mind and spirit. As one taps for the releif of a physical ailment the corresponding emotional or mental vibration is uncovered and released. When relevant emotional patterns are reduced or removed, the body can harmonize itself and healing is accelerated. Physical ailments such as headaches or back and joint pain start to fade, and/or cravings disappear. 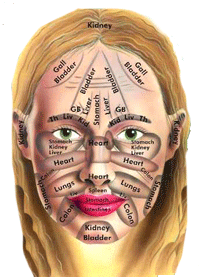 EFT has become the preferred technique by healthcare practitioners to safely and quickly clear a variety of old traumas gently, cleanly and thoroughly in one or several sessions (depending of the person and the intensity of the trauma. Although PTSD has no official cure, thousands of U.S. war veterans suffering Post-Traumatic Stress Disorder have experienced prolonged relief with EFT application.

In combination with the identification of the core belief, EFT has proven to produce remarkable results in the rewriting of old scripts that are running our lives. Because EFT works on locked emotions, which trigger automatic responses from early childhood, it is important to identify the original belief system associated with the traumatic memory (often preverbal and therefore embedded in the automatic response.) The integrative Energy Medicine Practitioner is trained to help the person they work with identify their core belief.